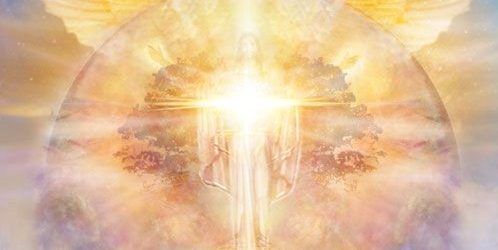 Now comes the hour foretold, a god-gift bringing .
A wonder-sight.
Is it a star new-born and splendid up springing Out of the night?
Is it a wave from the Fountain of Beauty up flinging Foam of delight?
Is it a glorious immortal bird that is Winging Hither its flight?

It is a wave, high-crested, melodious, triumphant,
Breaking in light.
It is a star, rose-hearted and joyous, a splendour Risen from night.
It is flame from the world of the gods, and love runs before it,
A quenchless delight.

Let the wave break, let the star rise, let the flame leap.
Ours, if our hearts are wise,
To take and keep.
–Song of Brigit

I sit in prayer and hear father Enki speak to me and ask me to open my laptop and begin typing:

Enki: “My daughter, my Nanaea, it has been some time for me to tell you of a prophecy that is to come and here I am sharing this with you and knowing you will listen and heed my words. After I have finished speaking to you can you then go to search for what I have said but for now I want you listen and write.”

Enki: “There comes a great union once in awhile within the skies when two specific heavenly bodies unite after the King journeys across the sky to make love with his bride and although this happens once in awhile not every union is the same. My Nanaea, I am speaking to you about Jupiter who is Marduk and I am speaking to you about Inanna who is Venus and Jupiter will cross the sun and receive the permission from the sun to approach the bride who is Venus.

The reason why this is not a similar union to before is because this specific union has been chosen to be the next step in the divine plan which follows on from The Spiritual Gold Rushthat we spoke to you about exactly a year ago.

During The Spiritual Gold Rush there was an outpouring of spiritual wisdom and during this union which is called ‘The Shining’, this wisdom given will be empowered and activated through the desire within all those who heed the call to allow the masculine and feminine within them to perform the alchemical divine marriage so that they become the shining ones but to do so one must allow themselves to be possessed by Eros who is the essence of Aphrodite who is Inanna who is Venus.

Eros is the essence produced by Aphrodite to represent not only love but passion, drive and desire. Eros is the animator of all emotions including that of the universe. And while Eros is male he becomes the female force when he becomes the passion that fuels all motion and action and reaction. When Eros becomes the essence of Aphrodite he becomes the ‘God’ of the beginning, the Alpha whois Phanes, for he lives within the empowering masculine force. He is the androgynous fish meaning he is the perfectly balanced Christ.

And so Jupiter and Venus/Marduk and Inanna will become possessed by Love/Eros and they they will unite as one to create Eros/Love and this shall reign down upon the Earth and awaken the seed that was planted within those who had raised their heads to receive The Spiritual Gold Rush.

The dance of Jupiter and his crossing shall begin on August 27th 2017 when the sun shall be between them both in perfect alignment and as the celestial bodies become the witnesses, he shall battle across the sky to meet his bride, Venus. He shall become the sun and Mercury and Mars, battling within himself to make it to his Morning Star. And when he reaches her he shall be transformed by her beauty for this beauty is the beauty of Wisdom that only Wisdom can bring and all these things shall be projected to Earth to those who are ready to receive the activation and become a Shining One.

This process will continue until 11th November 2017 (note: 11/11) on the day of Saturn when the union is complete and so be ready for The Shining to reverberate all over the universe and form a funnel of spiraled energy being projected to Earth.”

Helen: “Father, today is 11th August 2017. So this will create a doorway because 11 is the predominant number here?”

Enki: “Yes my beloved daughter, my pattern seer. But this doorway will only be entered into by those who have dedicated themselves to the mysteries and to the service of the gods and humanity and who have bowed down to Inanna herself and remembered that she is the Mother of ALL life and this doorway you must open in the ways your mother Inanna has told you how to. She will tell you what you must do in the coming days to prepare.”

This will be a spirit of spiritual growth when fate will deal its hand and all those who have worked hard for their own enlightenment will receive and huge leap in their illumination.

I will now allow my children Marduk and Inanna to speak to you. I love you and I love all of our divine children and we ask all to not give up hope for humanity. Things appear so dark but in the darkness is where lights are made. Never forget this.”

Helen: “I love you father and thank you.”

Marduk & Inanna: “Nanaea be ready for your instructions for we will speak to you about this soon. It is very important that you see this through.

We also want to tell you that when The Shining reaches its peak there will be many who will have certain symptoms from this rush of energy that will activate the seed of The Spiritual Gold Rush which will not be altogether pleasant. People may feel nauseas and dizzy and like the Earth is moving and they may feel weak and some may even fall into depression. The most important thing to do is to drink plenty of pure water and eat well and healthily. We also suggest that they place a lapis lazuli, our crystal, to their third eye and then each temple. This will alleviate these symptoms. Do not worry, though; these symptoms are going to pass.”

Helen: “My gods, I want to ask you about something that has gained a lot of interest lately and it is about what some are calling an apocalyptic event in September of this year. Is there any truth in this?”

Marduk & Inanna: “Daughter, please know that the same dances take place all the time but it is due to divine will whether that event specifically will be a vessel that is going to make a change. Everything that is happening and all alignments since 6th June 2012 have had meaning and have transformed ‘the game’ on Earth. It is a process; you know this, Nanaea.”

I feel the love of the gods envelope me and whisper “I love you” and then begin my research. I discovered that there IS an alignment that begins on 27th August that comes to fruition on 11th November. I begin to research the term ‘The Shining’.

ESSENCE OF APHRODITE = 1122 = TWO SHALL BECOME ONE

JUPITER VENUS UNION = 1518 = THE WEDDING FEAST OF THE LORD

Welcome! Click on my pic to visit my main website❤️